3 in 1 HIFU device, the classic HIFU, and Multiline HIFU Device.
Please calculate your own treatment prices marking up these prices below. The treatment prices you charge are dependent on preferred markups and your local market conditions

Both 3 in 1 HIFU and classic device have a similar delivering capacity which is delivering a single line of energy per shot. However, having different capacity of cartridge, the classic HIFU is comparatively cost effective. But, multiline HIFU is more advanced in cost-cutting because it can deliver 11 lines per shot and this can minimize other costs by minimizing treatment time. 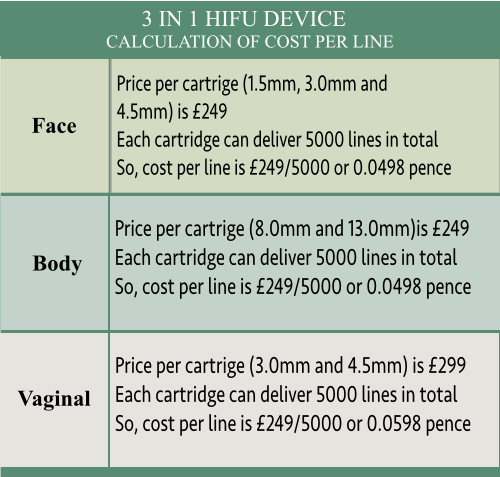 The multiline HIFU is technically advanced and has become a cost-cutting treatment option nowadays.  Delivering 11 lines of energy per shot makes this device unique and also cost-effective. The cartridges of this device can deliver 10000 shots in its lifetime. The cost per line of shot is higher because the price of cartridge is higher comparing with HIFU classic. But delivering 11 lines per shot can minimize treatment time and so it could minimize other associated costs. 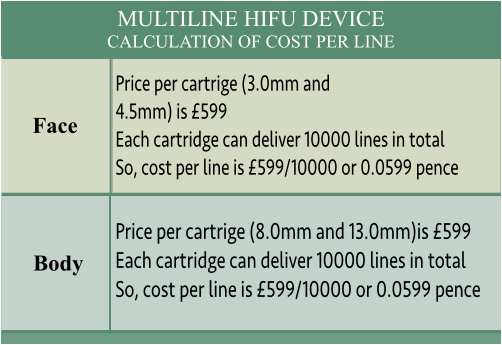